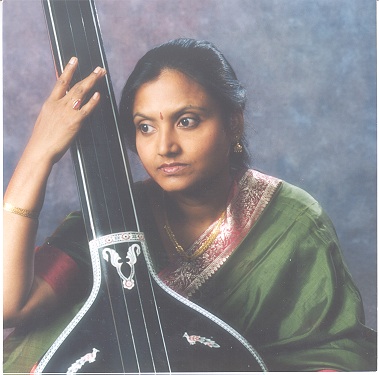 Sumita Chakravorty is an accomplished vocalist. She was initiated into Hindustani music by her father Shri Bireswar Datta who was a reputed musician and a disciple of Ustad Afzal Hussain Khan of Kanpur. Sumita received training in the tradition of Gwalior Gharana from the eminent Late Pandit Shankar Sripad Bodas, a highly respected musician and disciple of Pundit Vishnu Digambar Paluskar. In 1982 she went to Banaras and joined the Faculty of Performing Arts Department of B.H.U (Banaras Hindu University). At BHU, she received further training from several luminaries including Pandit Chittaranjan Jyotishi, Pandit Pradeep Kumar Dixit, Dr. Ritwik Sanyal. Subsequently, she learnt from late Pandit Srikant Bakhre, the eminent musician of Calcutta.

She received a Doctor of Music (Vocal) degree in 1987 from BHU. She also holds a Masters degree in English Literature.

She has performed in Calcutta, Varanasi, Kanpur, Lucknow and other major cities in India. She has also performed in USA, Canada, Singapore and Malaysia. Her list of invited performances includes Sangeet Research Academy in Calcutta, Sankat Mochan Mandir in Varanasi, Kal Ke Kalakar National Music Conference, Vishnupur Sangeetotsav, Spic Macay, Ali Akbar College, California and Singapore Arts Festival. She was an All India Radio Artist from 1982-87. Other achievements include an award in UP Sangeet Natak Akadami Competition and Jaycee Trophy.

In 1988, she came to United States and had been in Seattle, Washington, for about 6 years. In Seattle, she continued her teaching profession. She got the recognition of a best teacher and received Master Teacher fellowship from Washington State Arts Commission. From Seattle she moved to Singapore and had been there for 3 years. In Singapore she had been teaching in Stamford Art Center. In 1996, from Singapore she moved to the Bay Area.

For the last several years Smt. Chakravorty has combined the role of a teacher and a performer of Hindustani Music in the Bay area with remarkble success. She taught at the Ali Akbar College of Music in its Fremont Extension for number of years. In 2001, she founded ‘Suranjali School of Music’ and in 2004, got the affiliation with Gandharva Mahavidyalaya, Pune, India. The school has over seventy students ranging in age from six to sixty.

Her mastery over the practical as well as theoretical aspects of the music makes her expositions on the nuances of Ragas and Alaapchari, a pleasure to learn and listen.

She has released couple of recordings with Sound-Sound and Biswas Records.